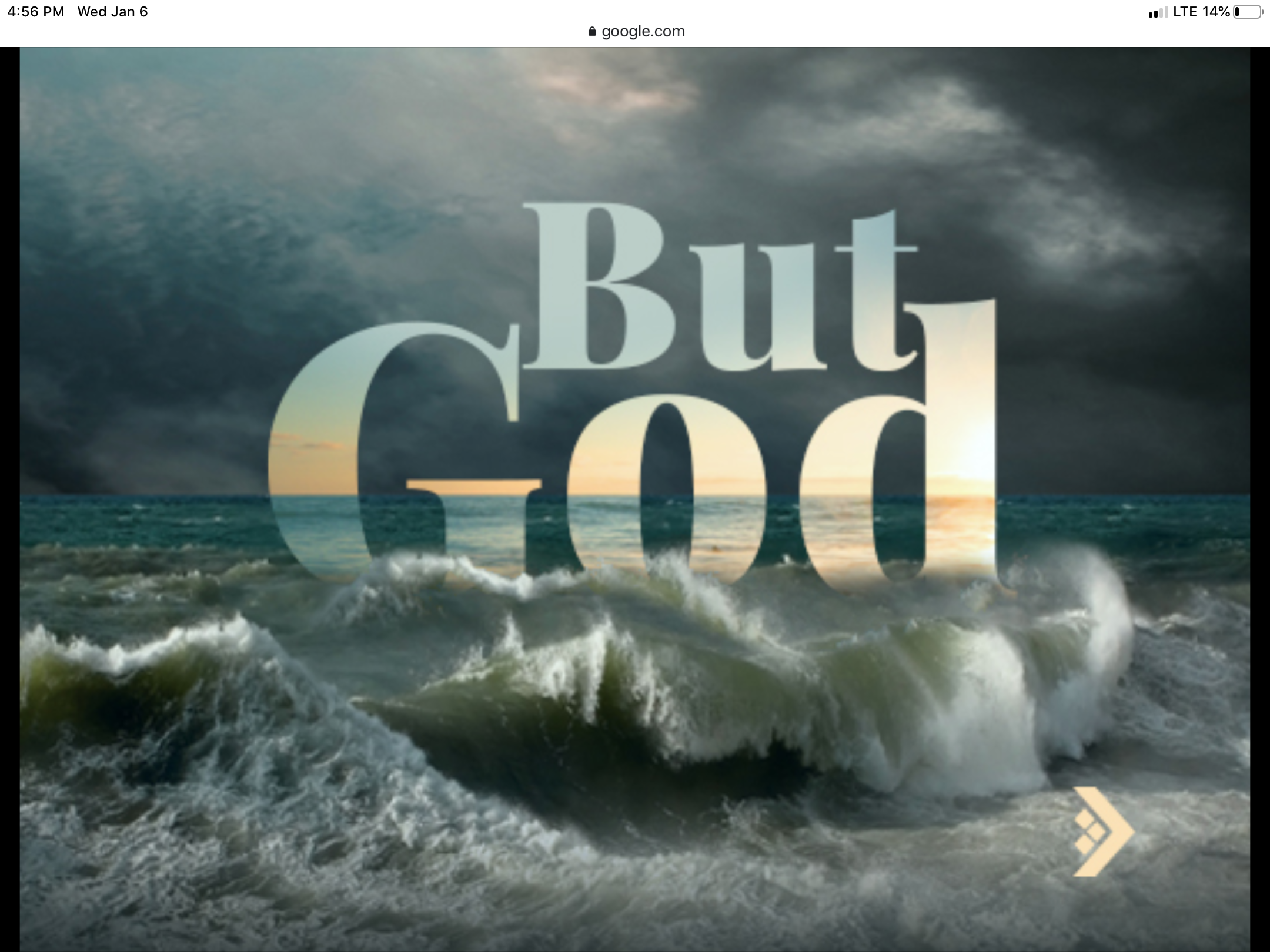 Since last Sunday's message (click here to listen or watch it) much has happened politically and personally. There has been loss of order regarding the elections in our nation. Closer to home, there has been loss of life affecting our church family (loved ones dying of old age). I also know dear saints who battle depression and the loss of hope. As you and I strive to encourage them, we can feel at a loss of words (especially for me being down in L.A. for classes through next week). But I pray these two words from the last message we can remember and say to our hearts, as the Bible writers remind us.

2 Corinthians 7:5–6 (ESV) For even when we came into Macedonia, our bodies had no rest, but we were afflicted at every turn—fighting without and fear within. 6 But God, who comforts the downcast, comforted us … [NASB 'God...comforts the depressed’]

1 Corinthians 10:13 (NKJV) 13 No temptation has overtaken you except such as is common to man; but God is faithful, who will not allow you to be tempted beyond what you are able, but with the temptation will also make the way of escape, that you may be able to bear it.

Other BUT GOD statements in scripture

In the darkest time ever in history

Genesis 8:1 (ESV) But God remembered Noah and all the beasts and all the livestock that were with him in the ark. And God made a wind blow over the earth, and the waters subsided.

In evil betrayal and sin within a family

Acts 7:9 (NIV84) 9 “Because the patriarchs were jealous of Joseph, they sold him as a slave into Egypt. But God was with him 10 and rescued him from all his troubles. He gave Joseph wisdom ...

Genesis 45:4–8 (ESV) 4 So Joseph said to his brothers, “Come near to me, please.” And they came near. And he said, “I am your brother, Joseph, whom you sold into Egypt. 5 And now do not be distressed or angry with yourselves because you sold me here, for God sent me before you to preserve life. 6 For the famine has been in the land these two years, and there are yet five years in which there will be neither plowing nor harvest. 7 And God sent me before you to preserve for you a remnant on earth, and to keep alive for you many survivors. 8 So it was not you who sent me here, but God. He has made me a father to Pharaoh, and lord of all his house and ruler over all the land of Egypt.

Genesis 50:20–24 (ESV) 20 As for you, you meant evil against me, but God meant it for good, to bring it about that many people should be kept alive, as they are today. 21 So do not fear; I will provide for you and your little ones.” Thus he comforted them and spoke kindly to them… 24 And Joseph said to his brothers, “I am about to die, but God will visit you and bring you up out of this land to the land that he swore to Abraham, to Isaac, and to Jacob.”

In the wilderness wandering

Exodus 13:17–18 (ESV) 17 When Pharaoh let the people go, God did not lead them by way of the land of the Philistines, although that was near. For God said, “Lest the people change their minds when they see war and return to Egypt.” 18 But God led the people around by the way of the wilderness toward the Red Sea. And the people of Israel went up out of the land of Egypt equipped for battle.

In losing a loved one

Genesis 48:21 (ESV) 21 Then Israel said to Joseph, “Behold, I am about to die, but God will be with you and will bring you again to the land of your fathers.

In protecting and preserving

Judges 15:18–19 (NASB95) [Samson] became very thirsty, and he called to the Lord and said, “You have given this great deliverance by the hand of Your servant, and now shall I die of thirst and fall into the hands of the uncircumcised?” 19But God split the hollow place that is in Lehi so that water came out of it. When he drank, his strength returned and he revived…

1 Samuel 23:14 (ESV) 14 And David remained in the strongholds in the wilderness, in the hill country of the wilderness of Ziph. And Saul sought him every day, but God did not give him into his hand.

Acts 26:20–22 (NLT) 20 I preached first to those in Damascus, then in Jerusalem and throughout all Judea, and also to the Gentiles, that all must repent of their sins and turn to God—and prove they have changed by the good things they do. 21Some Jews arrested me in the Temple for preaching this, and they tried to kill me. 22 But God has protected me right up to this present time so I can testify to everyone, from the least to the greatest. I teach nothing except what the prophets and Moses said would happen—

When the nations rage

When your flesh and heart fails

Psalm 73:23–26 (ESV) 23 Nevertheless, I am continually with you; you hold my right hand. 24 You guide me with your counsel, and afterward you will receive me to glory. 25 Whom have I in heaven but you? And there is nothing on earth that I desire besides you. 26 My flesh and my heart may fail, but God is the strength of my heart and my portion forever.

Acts 10:28 (ESV) 28 And he said to them, “You yourselves know how unlawful it is for a Jew to associate with or to visit anyone of another nation, but God has shown me that I should not call any person common or unclean.

The heart of the gospel - the good news despite evil sin

Acts 2:23–24 (NIV84) 23 This man was handed over to you by God’s set purpose and foreknowledge; and you, with the help of wicked men, put him to death by nailing him to the cross. 24 But God raised him from the dead, freeing him from the agony of death, because it was impossible for death to keep its hold on him.

Acts 10:38–43 (ESV) 38 how God anointed Jesus of Nazareth with the Holy Spirit and with power. He went about doing good and healing all who were oppressed by the devil, for God was with him. 39 And we are witnesses of all that he did both in the country of the Jews and in Jerusalem. They put him to death by hanging him on a tree, 40 but God raised him on the third day and made him to appear, 41 not to all the people but to us who had been chosen by God as witnesses, who ate and drank with him after he rose from the dead. 42 And he commanded us to preach to the people and to testify that he is the one appointed by God to be judge of the living and the dead. 43 To him all the prophets bear witness that everyone who believes in him receives forgiveness of sins through his name.”

Acts 13:28–32 (ESV) 28 And though they found in him no guilt worthy of death, they asked Pilate to have him executed. 29 And when they had carried out all that was written of him, they took him down from the tree and laid him in a tomb. 30 But God raised him from the dead, 31 and for many days he appeared to those who had come up with him from Galilee to Jerusalem, who are now his witnesses to the people. 32 And we bring you the good news that what God promised to the fathers,

The gospel hope for our weakness and sinfulness

Ephesians 2:1–7 (ESV) 1 And you were dead in the trespasses and sins 2 in which you once walked, following the course of this world, following the prince of the power of the air, the spirit that is now at work in the sons of disobedience— 3among whom we all once lived in the passions of our flesh, carrying out the desires of the body and the mind, and were by nature children of wrath, like the rest of mankind. 4 But God, being rich in mercy, because of the great love with which he loved us, 5 even when we were dead in our trespasses, made us alive together with Christ—by grace you have been saved— 6 and raised us up with him and seated us with him in the heavenly places in Christ Jesus, 7 so that in the coming ages he might show the immeasurable riches of his grace in kindness toward us in Christ Jesus.

Our hope as we pray for healing

Philippians 2:27 (ESV) 27 Indeed he was ill, near to death. But God had mercy on him, and not only on him but on me also, lest I should have sorrow upon sorrow.

Our hope even in the consequences of sin

Hebrews 12:10 (NIV84) 10 Our fathers disciplined us for a little while as they thought best; but God disciplines us for our good, that we may share in his holiness.

Praise God for the "but God" truths of scripture!

What's The Big Deal With The "Call to Worship"?