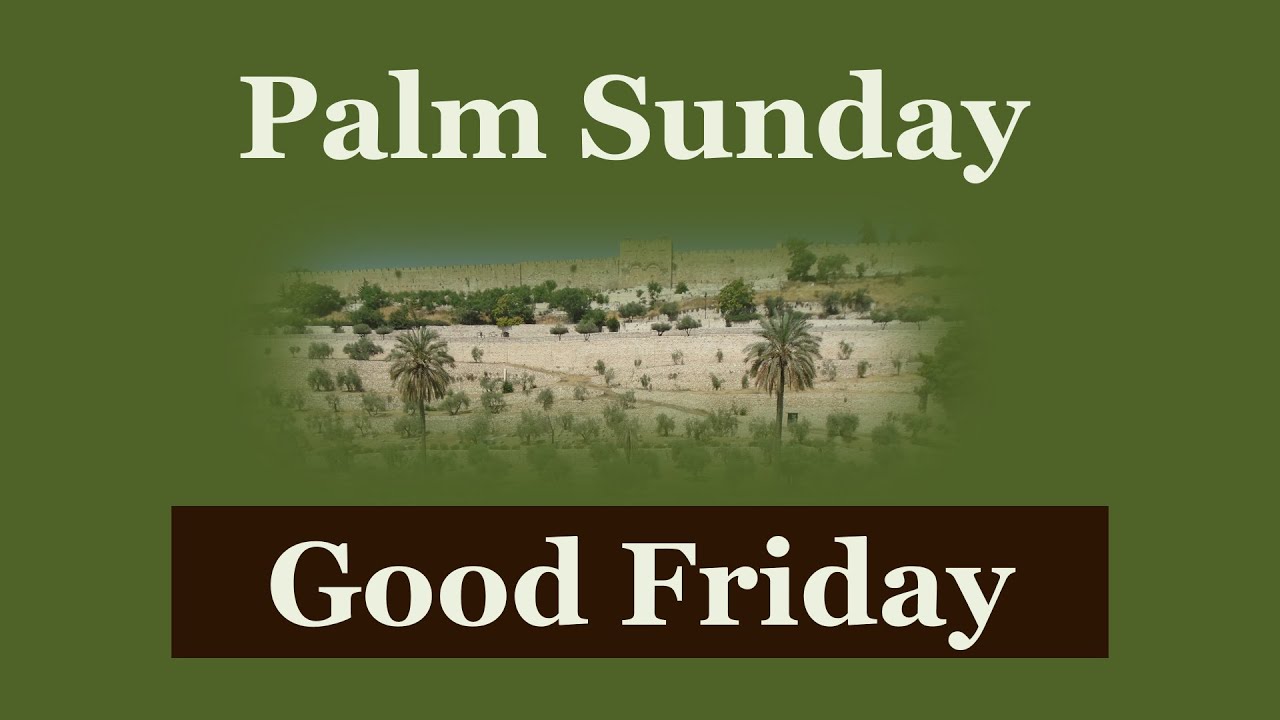 It's Palm Sunday But Friday's Coming

It’s Palm Sunday. A donkey is borrowed, a fig tree will be cursed tomorrow.

Jesus will weep over Jerusalem in sorrow for what’s coming for its sin.

It’s Palm Sunday. The first day of the week. All Israel is there for the feast.

The city is filled with sheep, as the Lamb of God is coming to die on Friday

It’s Palm Sunday. With the sheep there’s goats, some are taking off coats

to lay down before Jesus on the road, but little did they know

Friday’s coming …and Jesus will be stripped of His robes

and made to walk another road.

It’s Palm Sunday. It’s just business as usual for many,

buying and selling and the high priest’s moneychangers are making plenty,

robbing their own in a house of prayer about to be emptied. Friday is coming.

It’s Palm Sunday. Word is out Lazarus, who Jesus raised, after he was dead 4 days,

he’s coming with Jesus, we hear the praise, but Friday's coming, too

It’s Palm Sunday. “Blessed is He who comes...” the disciples are yelling.

“Hosanna to the Son of David,” is what they’re telling,

and the crowds are swelling. But it’s only Sunday, Friday is still coming.

It’s Palm Sunday. The blind and lame are being healed, prophecies are being fulfilled,

the priests plan Jesus to be killed, as Friday is coming.

It’s Palm Sunday. The scribes are offended by what these Galileeans shout,

they tell Jesus to rebuke the crowd

but He says if they keep silent the rocks will have to cry out.

It’s the Creator’s coronation but His cross is coming.

hoping Messiah-King will get rid of all Gentiles, set up a kingdom in style

all the while Friday’s coming.

It's Palm Sunday, it's time for Messiah-King to conquer Rome as He takes His throne,

but Friday came without that, and Jesus was left all alone,

His disciples fled to their homes.

It was Palm Sunday but Friday was a comin'

The Attributes of God - Recommended Reading