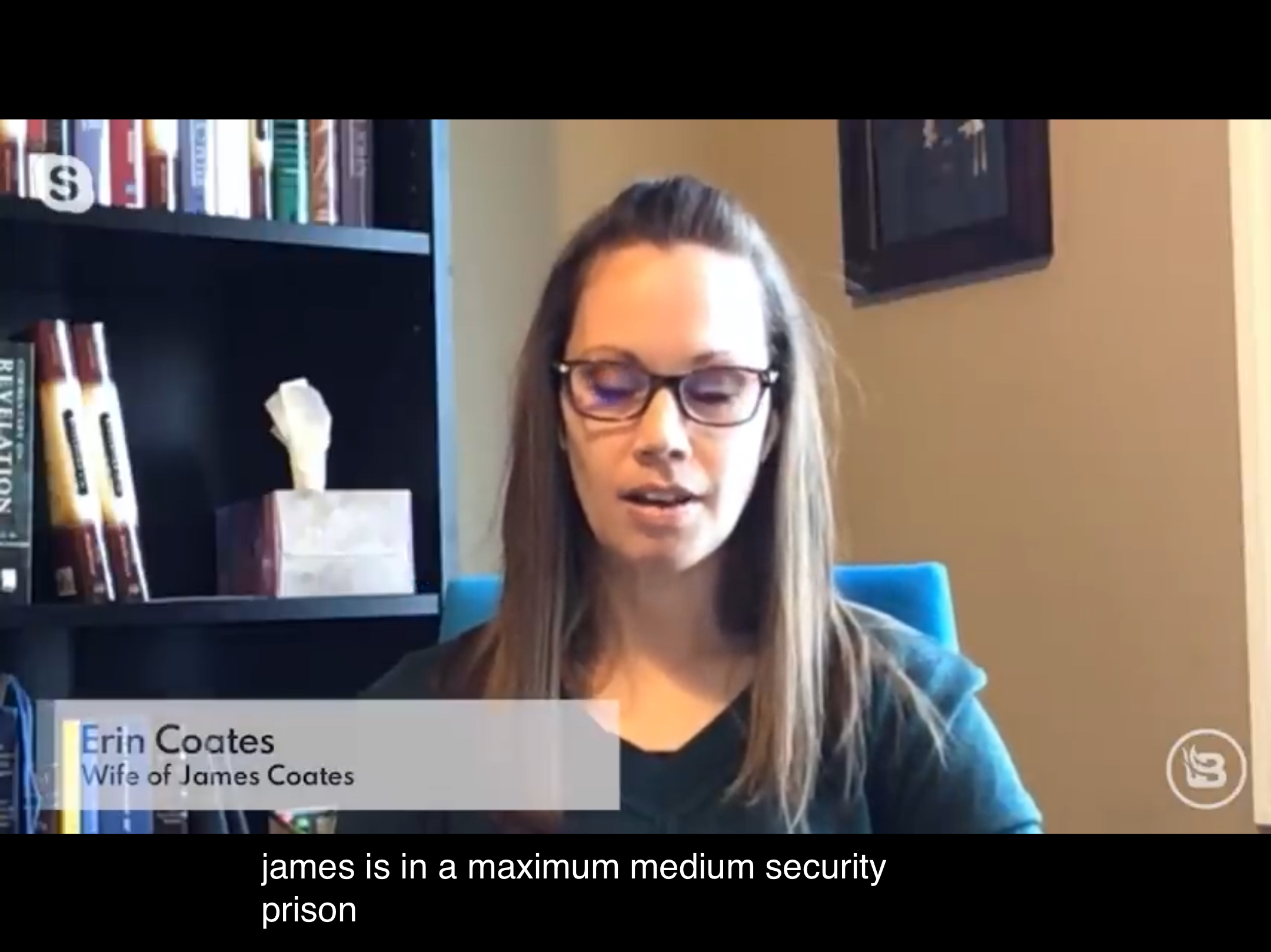 Here is a follow up to this earlier post about my former classmate at Masters Seminary now in jail for leading and meeting with his church according to his conscience and convictions from God's Word. Be sure to scroll down to read the appeal of Erin Coates for her husband where she explains his convictions and the impact on her and their family.

PRAYER UPDATE: On Friday 3/5 the Judge denied the appeal to allow James Coates bail to be released till his trial (which is not even for an imprisonable "crime" per below, but he must stay behind bars). This was the same week that a repeat sex offender from the same jail was released (Clye Larsen on 3/1) with warnings from police to the community that Clyde will likely commit crimes with minors (as he did when they released him in 2015 and 2018). Where is justice when a pastor is denied release as a threat to public safety, for lovingly ministering to more than a 15% fraction of his congregation? This is a sad day, let's not case to pray! Unless a higher court accepts the appeal later this month, here is where apparently James will be at least 2 more months awaiting a trial: 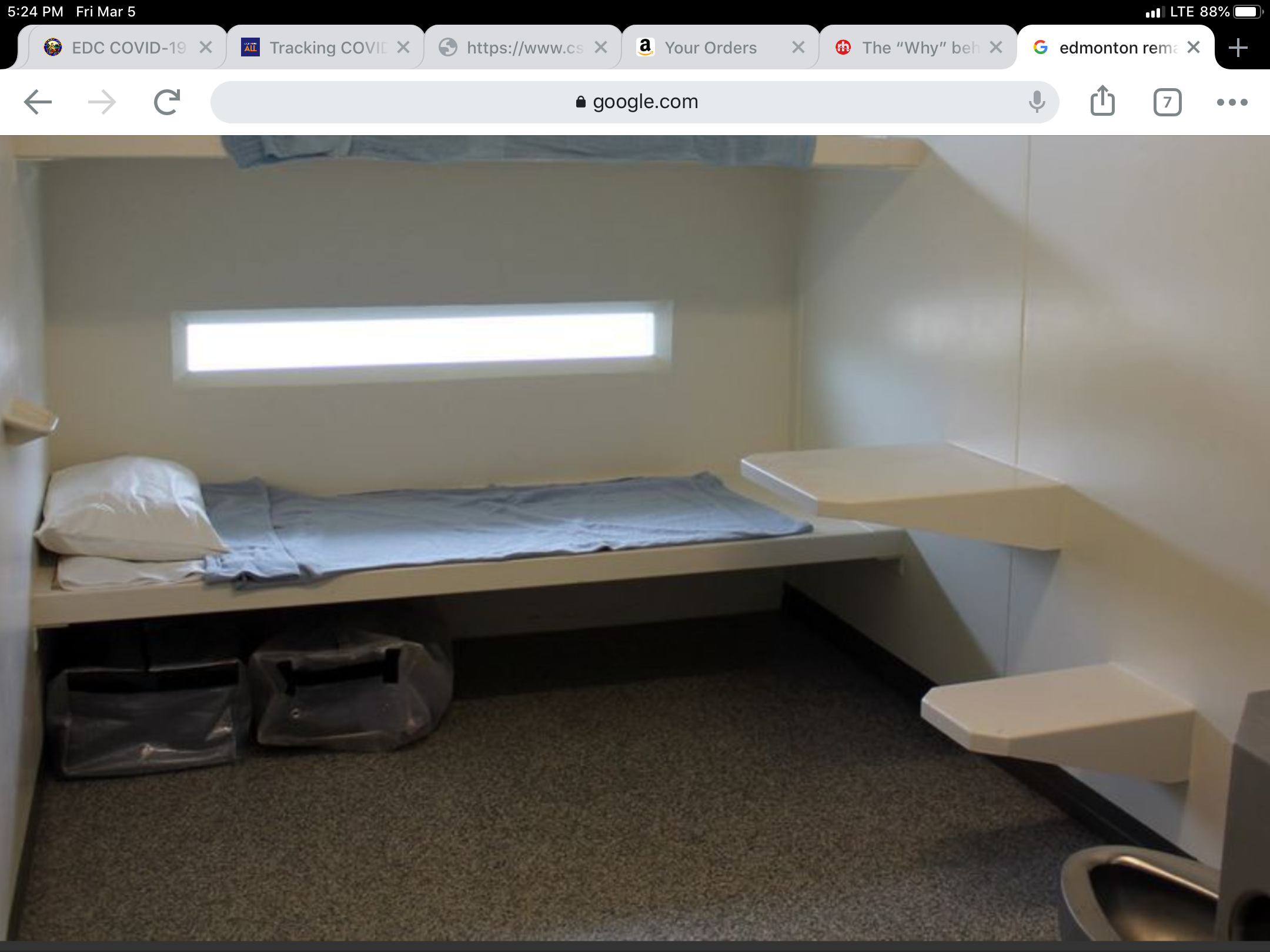 The appeal for release until trial included the following statements from Erin Coates about her husband James Coates: 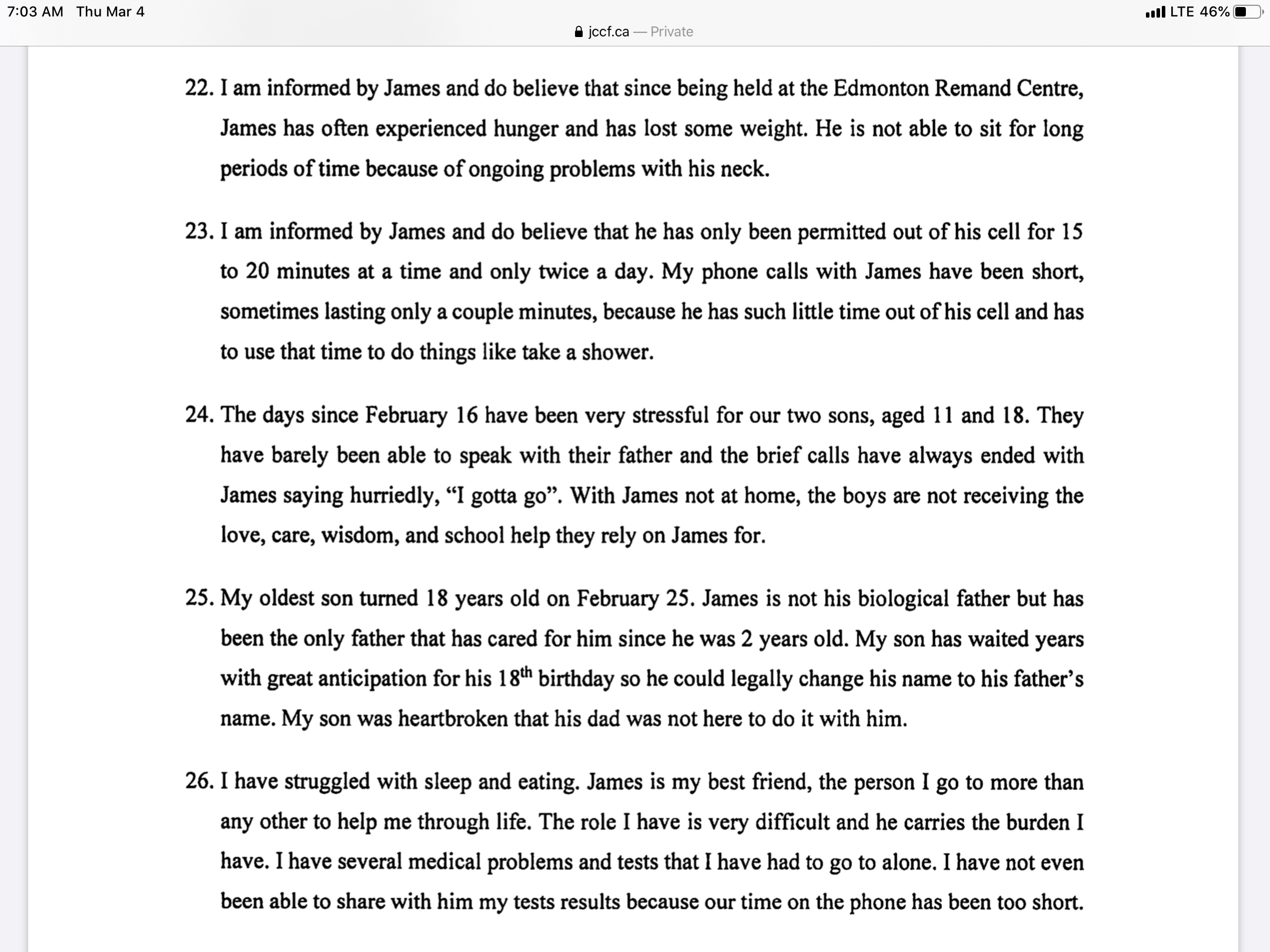 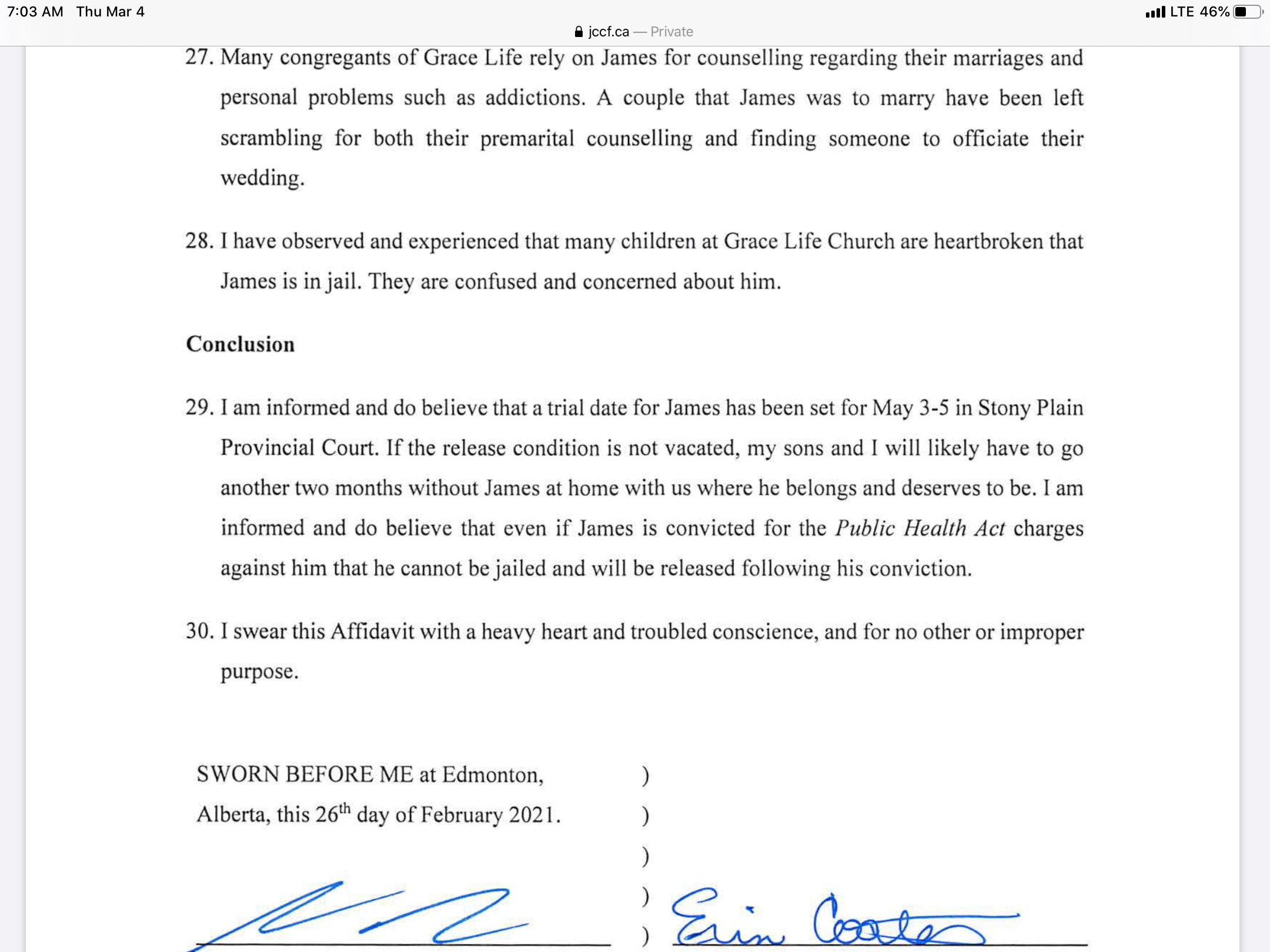 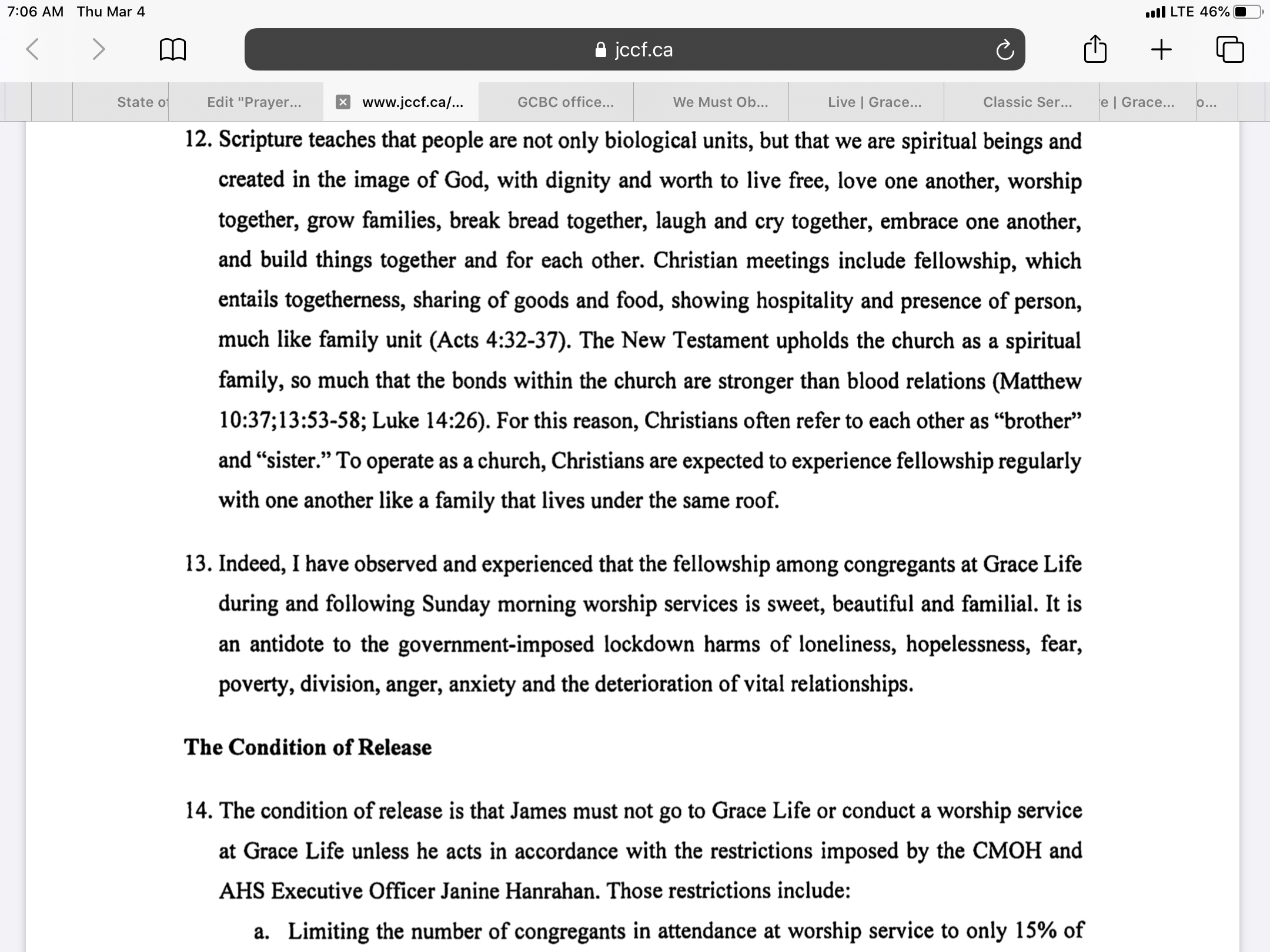 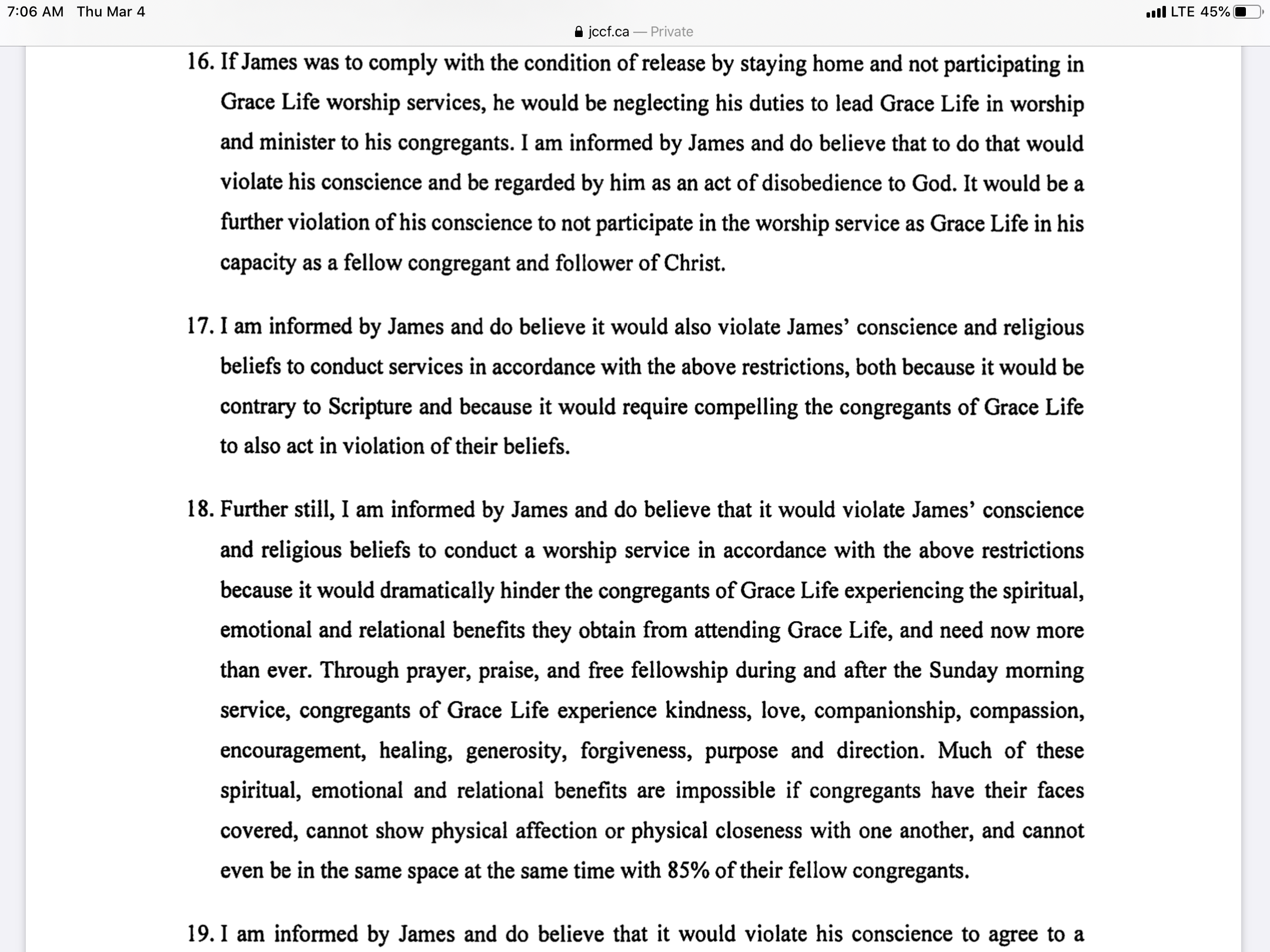 HER CONCLUDING APPEAL TO THE QUEEN'S BENCH OF ALBERTA, UNDER HER MAJESTY THE QUEEN: "James I and I believe that the condition of release violates his Charter-protected right to freedom of conscience and religion, is unjustified, and overly onerous, and that he should be released with only a promise to appear for his trial and no conditions that restrict his ability to adhere to his religious beliefs."

Click here for more on that story. Fast forward to the 36 minute mark of this video where Erin talks about the appeal and shares her updated prayer requests:

Tom Ascol is on the left of the above video and I appreciate Founders Ministries very much and had the blessing of meeting Tom years ago.

Below is another great interview that Erin Coates recorded Saturday February 21 where she shares her heart as well as the hope of the gospel of Christ very powerfully:

May God carry you and your family though this difficult time. You are under attack by Satan. Put on the armor of God so you can stand firm for your God who deliver you and raise you up higher than you were before.. I have prayed for your husband you and your boys. His Holy spirt is upon you.

10 (B)“For as the rain and the snow come down from heaven
and do not return there but water the earth,
making it bring forth and sprout,
(C)giving seed to the sower and bread to the eater,
11 so shall my word be that goes out from my mouth;
it shall not return to me empty,
but (D)it shall accomplish that which I purpose,
and shall succeed in the thing for which I sent it. Isaiah 55:8-11 sending love praying

Pastor we are praying for you . Take heart ..the lord has spoken what will happen to us. God bless you and your family

Praying for God's power for you and your family.You are an inspiration to many

We serve the GOD of all the heavens and the earth. He will surely come quickly.

Peace and grace be to Pastor Jim ,Erin and their boys.
I will continue to pray for this courageous family and church. Please keep us informed of any monetary needs that the family may incur.
Our Lord is with us even to the end of the age.

Thank you Pastor Phil for sharing this. We are continuing to pray for Pastor James and his family.

Praising God for His Love

The book of James - a video introduction

Legacy of the Saints - Katie Luther

Pray for our brethren in Canada - UPDATE

“Wokeness” and our Witness

Updates on My Former Classmate in Jail for Church Gathering

How to Pray for Your Church and Its Leaders

A Counter-Cultural Conversation on Social Justice, Race, the Gospel, and Movements like BLM

More Encouragement from a Sister in Christ

Moving to One Service Outside & Update On State Guidance

Encouragements from sisters in Christ

A Pastor’s Prayer for Minneapolis and our Nation

Questions on Meeting at God’s House and in Our Homes or Other Places, Part 1

Church and State in a Health Crisis, Part 1: Biblical and Historical Notes

Joining In A Week of Prayer Together

Waiting for the Lord